Are you looking for a quick guide to show you how to properly build your skills, glyphs and crystals to be the most effective in certain situations, you have come to the right place. Remember that this guide only covers one small aspect of Slayer. If you want a complete Slayer guide to show you the perfect build and how to fully maximize your character in various ways. Don’t forget to from u4gm.com to tera gold buy, which is the best choice for tera gold services on the market! 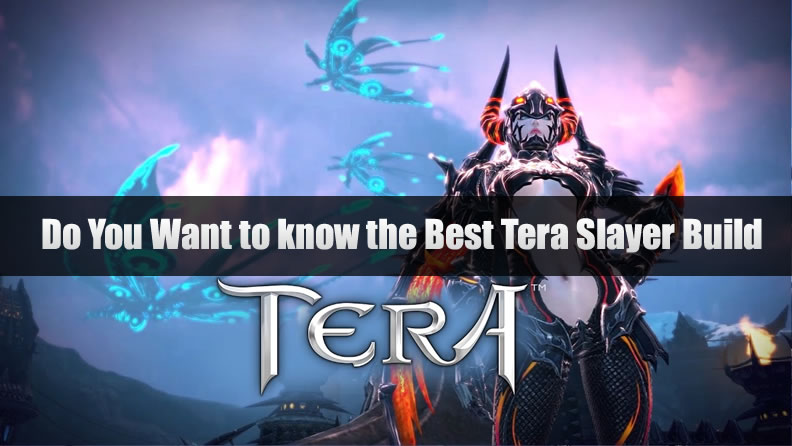 Slayers are a blend of mobility and high damage output dancing around foes with their massive weapon they wade into battle flinging enemies left right and centre like a dervish swinging his sword in powerful arcs and dodging his enemies with gracefull poise. A slayer that does his job properly is one that plays with aggressive swordplay and evasive moves wide sweeping slashes and agile dodges to put himself behind his foe the leaping backflip to stun his enemy.

Whirlwind is an early level skill that you will be able to unlock. It is an AOE attack in which your Slayer will spin around quickly in 360 degrees with their sword. In order for this attack to be performed successfully, you must spend 1.5 seconds casting the attack without being interrupted. This is a great attack to use if you are trying to hit multiple targets from all directions. The power rating of this attack is 1966, cost 250 mana to activate and has a cool down of 14 seconds.

Glyph of Brilliance : This glyph will decrease the mana consumption of Whirlwind by 63. This is a good glyph to use since as a Slayer, you won’t have a huge mana pool to spam all the skills that you want.

Overhand Strike is a very powerful attack that takes a rather long time to activate. It has a power rating of 1238, costs 130 mana to activate and has a cool down of 5.5 seconds. To fully utilize Overhand Strike, you should use it after Whirlwind or your fourth blow of your basic attack. The speed increase of this skill is very useful when used within a combo attack.

Glyph of Persistence : This glyph gives a 50% chance that the cool down of Overhand Strike will be eliminated every time it is used. A good glyph to consider using when you need to deal heavy damage to difficult mobs.

Glyph of Restoration: This glyph will restore 3% of your HP when Overhand Strike is activated. A nice glyph to consider for increasing sustainability on the battlefield.

Glyph of Brilliance: This glyph is an important one to consider as it reduces the mana consumption of Leaping Strike by 50. Although it might seem like a lot in reduction, this extra 50 mana you save can go towards spamming other skills.

Dash is a pretty self explanatory skill. I added this ability within my DPS build because of the mobility that it adds. This is an extremely useful ability that will increase your movement speed temporarily by 75%. This will allow you to either catch up to bleeding enemies or escape dangerous situations when you are hurt yourself. Dash costs 100 mana to activate and has a cool down of 25 seconds.

Glyph of Energy: This glyph reduces the cool down on Dash by 25%. This might seem like a small reduction, but the 25 second on Dash is quite a bit. Take this glyph to enable your character to always have Dash ready for whatever comes your way.

Backstab is an extremely useful DPS skill that is unlocked during end game levels. This ability allows you to dash in behind a target and attack them with such force to immobilize them. It has a power rating of 921, cost 130 mana to activate and has a cool down of 20 seconds.

Glyph of Energy: This glyph will decrease the cool down of Backstab by 20%. As I have said before it is important to be able to spam all your effective DPS skills as frequently as possible, so this glyph should be considered. Having the right crystal build for your Slayer in Tera is just as important as the right skills and glyphs. Below, I have outlined the crystals that I find to be the most effective for your weapon and armour DPS situations.

The builds above for the Tera Slayer should be used as a guideline. The reason I say this is because these builds are targeted towards my own personal preference, play style and of course builds are never set in stone. Builds for your Slayer will always change depending on the situation/scenario you are in and also differs depending on factors such as your own play style, equipment and hot keys. I hope this tera guide can help you, more tricks and tips, you can visit our website https://www.u4gm.com/tera-gold